And so they built a life together...

We are all unique individuals and your wedding ceremony should fit perfectly with who you are as a couple. You may know what you want or you could be looking for ideas. I can suggest wording for vows, songs or readings.

You may like to include a ritual such as handfasting, sand pouring or candle lighting – either way I will work with you to create a beautiful bespoke ceremony that truly embraces who you are – so whether that is bride and groom,  bride and bride or groom and groom! 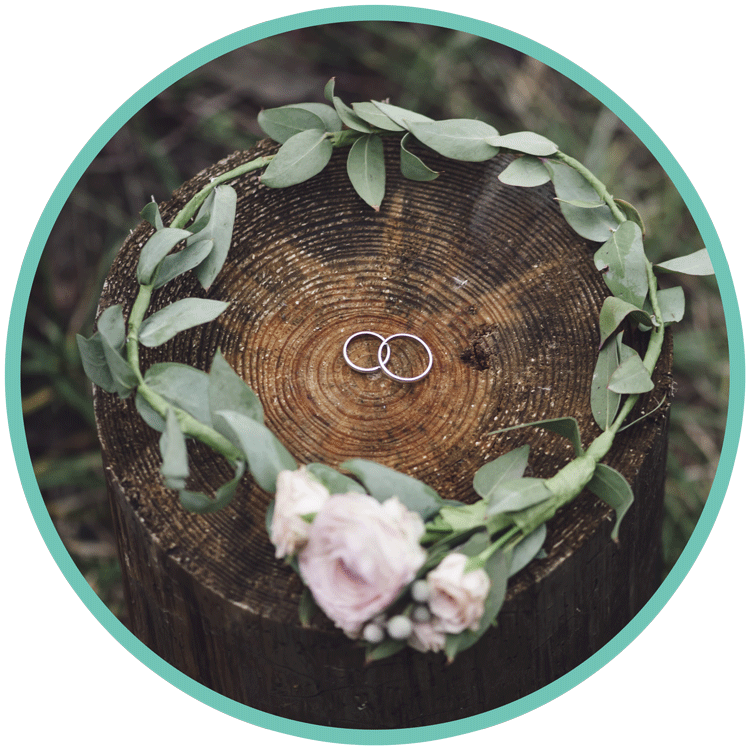 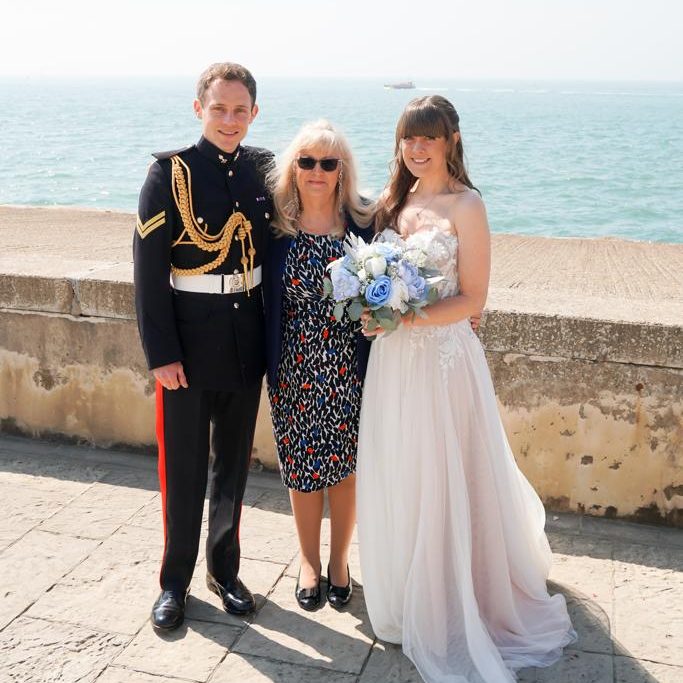 “Just a message to thankyou again for such a wonderful ceremony yesterday. It was truly magical and it really did capture Paul and I’s love.”

Legal information:  Only Registrars employed by your local Council can legally issue marriage or civil partnership certificates.  Some couples choose to attend the Registrar’s Office, to get the administrative and legal process completed, either before or after their celebrant-led wedding.

The world of weddings is so much more varied than 20-30 years ago. Your choice of ceremony is completely up to you, and there are so many more options available to you. The main ceremony types are:

All three types of ceremony will give you the perfect setting for your married life, but what if you’re not religious, or don’t want to get married in a registered venue, where can you turn to? That’s where a Wedding Celebrant comes in. It allows you to plan a completely unique and bespoke wedding ceremony of your choosing, wherever you wish to get married.

Whilst a celebrant ceremony is not legally binding, most couples will do ‘the legal bit’ a few days before or afterwards at a registry office, and have their main celebrations on their big day with all their friends and family around them, in the whatever manor they so choose. 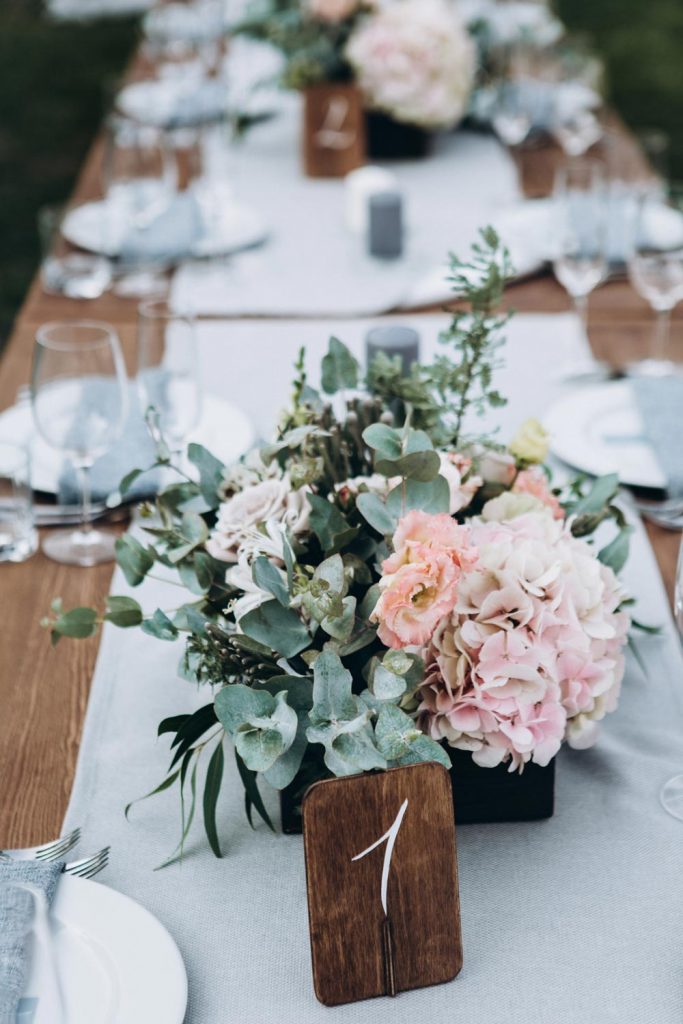 This involves tying together the couple’s hands or wrists, with a cord, ribbon, sash or twine to signify their union.  This is seen as highly symbolic and spiritual and often but not exclusively takes place outdoors.    The ribbons or cords can be customized to suit the theme or colours of the wedding.

This involves the couple lighting one big candle from two smaller candles, which, traditionally have been lit by their mothers representing the union of the two. As a note of caution, many venues will no longer allow naked flames.

Each guest holds the wedding rings and silently wishes you both good luck in your marriage, and the rings are warmed forever by the guests.

The history of jumping the broom is very convoluted, some say it originated in Africa, others in Wales, but I rather like this explanation.

According to folklore, in order to be married, a couple had to jump over a broom that had been placed in a doorway – without touching the broomstick. This gesture is much akin to carrying the bride over the threshold A positive result meant that they were married.

The broom can be hand decorated, with ribbons, beads, flowers and can be kept as an heirloom and passed on for the next family wedding. 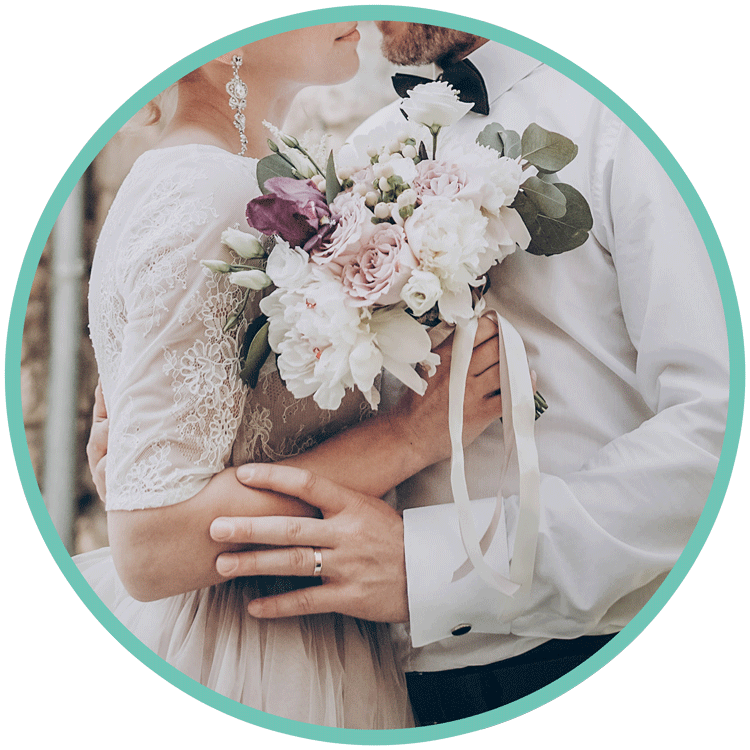 Celebrate Your Wedding day in a Unique Way

As your celebrant, you can be assured that I will make your wedding completely unique to you as a couple, telling your love story to your family and friends.

Your wedding ceremony is a celebration of two people coming together, declaring their love and commitment to one another and should reflect your personalities, passions and promises for the future. Let me help you celebrate your fairytale love story.

We use cookies on our website to give you the most relevant experience by remembering your preferences and repeat visits. By clicking “Accept All”, you consent to the use of ALL the cookies. However, you may visit "Cookie Settings" to provide a controlled consent.
Cookie SettingsAccept All
Manage consent

This website uses cookies to improve your experience while you navigate through the website. Out of these, the cookies that are categorized as necessary are stored on your browser as they are essential for the working of basic functionalities of the website. We also use third-party cookies that help us analyze and understand how you use this website. These cookies will be stored in your browser only with your consent. You also have the option to opt-out of these cookies. But opting out of some of these cookies may affect your browsing experience.
Necessary Always Enabled
Necessary cookies are absolutely essential for the website to function properly. These cookies ensure basic functionalities and security features of the website, anonymously.
Functional
Functional cookies help to perform certain functionalities like sharing the content of the website on social media platforms, collect feedbacks, and other third-party features.
Performance
Performance cookies are used to understand and analyze the key performance indexes of the website which helps in delivering a better user experience for the visitors.
Analytics
Analytical cookies are used to understand how visitors interact with the website. These cookies help provide information on metrics the number of visitors, bounce rate, traffic source, etc.
Advertisement
Advertisement cookies are used to provide visitors with relevant ads and marketing campaigns. These cookies track visitors across websites and collect information to provide customized ads.
Others
Other uncategorized cookies are those that are being analyzed and have not been classified into a category as yet.
SAVE & ACCEPT